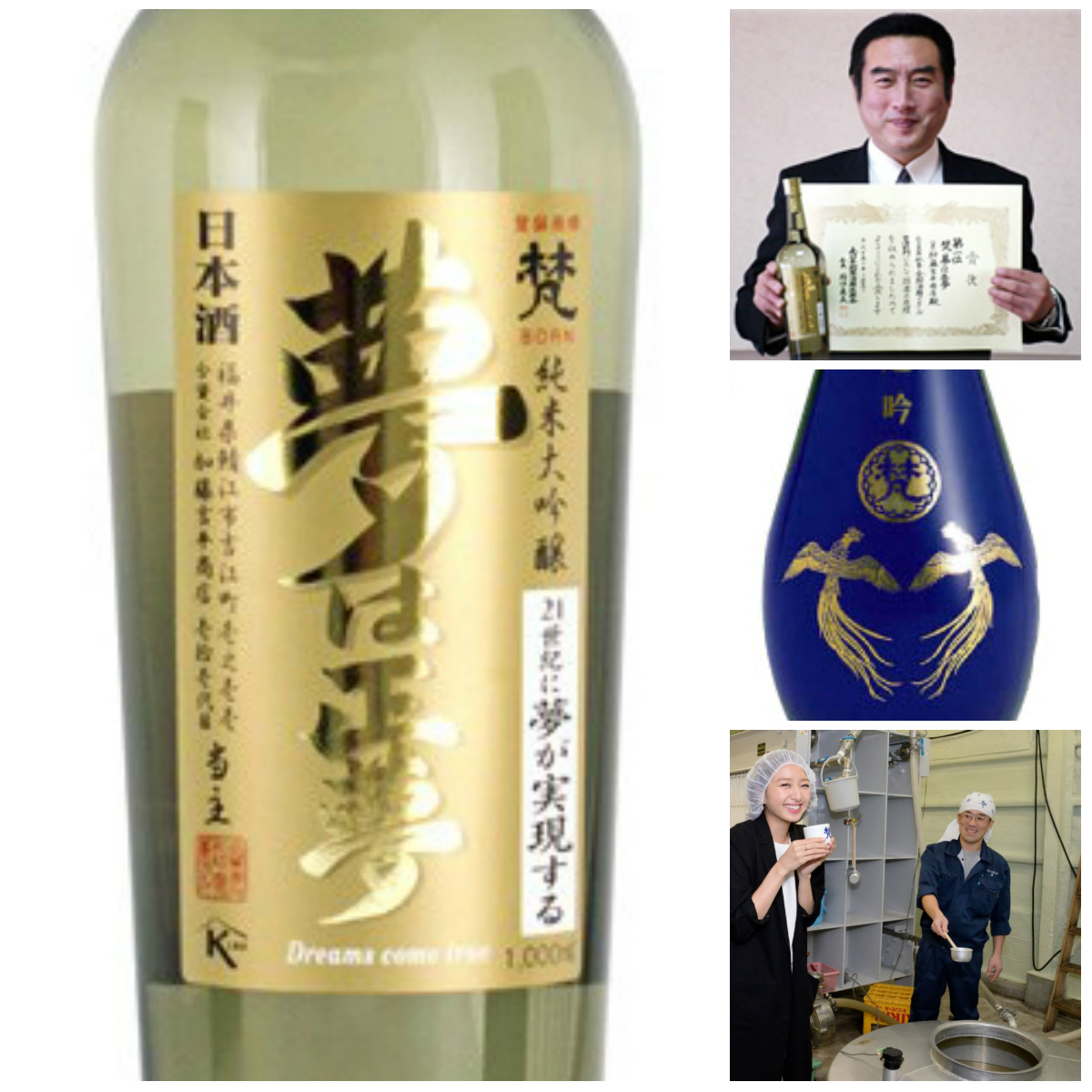 Some of you will have immediately recognized Born as the maker of the super premium “Dreams Come True” Junmai Daiginjo sake. This sake is cold aged for 5-years before bottling and was given to President Obama when he became President. We’ll if you think that sake is incredible, wait until you try Born Chogin for the first time at the shop. Chogin is also cold aged for 5-years and is said to be the Japanese Imperial family’s favorite sake!

So join us for our first sake tasting of the year, as we sample SIX Junmai Daiginjo from Born! All of these sake have been cold aged from 1 to 5 years before bottling, and all of them are supremely delicious. Hope to see you then!
Born Sake Tasting!
Saturday, January 23, 2016
5:00pm to 8:00pm

Once given as a gift to President Obama by Prime Minister Hatoyama of Japan, this tasty beverage is the ultimate Junmai Daiginjo sake. Aged for 5 years at -5 degrees Celsius, it begins with a massive aroma and flavorful personality that are kept partially subdued with a sinfully silky mouthful. It has an interesting clean finish despite it’s richness, and comes in a one liter sized bottle.

This superior Junmai Daiginjo is carefully aged for 5 years at -8 degrees Celsius. The extraordinary aroma and deep flavor is remarkable. A true gem that represents the very best in the world of Japanese sake, this sake is said to be a favorite of the Imperial family in Japan.

Boasting a magnificent aroma, a tender touch and a clean finish, this sake was served at the State Dinner when former United States President Bill Clinton visited Japan in 1996. This incredibly aromatic sake also won the Grand Prix at the International Sake Festival in London in July 2000. This sake was originally named “Born: Gin no Tsubasa” and was renamed “Nihon no Tsubasa” (Wings of Japan) in commemoration of this event.

After first aging at ice cold temperatures, this sake taunts us with an aroma reminiscent of grapefruit. To drink it is to be lulled into happiness. It’s sophisticated yet mellow flavor flows irresistibly over the tongue. It’s fully ripened aroma is ever present regardless of whether it’s chilled or warmed. It’s rare to drink a Junmai Daiginjo warm, but drunk in this way it will not disappoint. Try but one mouthful and you’ll be convinced.

Aged in a regulated -10 degree Celsius environment, this sake conjures up rich aromas and fresh full-bodied flavor, along with the distinctive taste of fresh unpasteurized sake. “Muroka” means that this sake has not been charcoal filtered, giving it a richer deeper flavor. This sake is the most popular one in the Born series.

One of our best sellers at the shop, Born Gold is a non-carbon filtered sake (Muroka) aged at 14 degrees Celsius for 1 year. You can tell it hasn’t been charcoal filtered because of it’s straw color. It has a robust body with a complex flavor and a pure uplifting aroma. It is one of our most reasonably priced Junmai Daiginjo sake that doesn’t compromise at all on flavor and quality.

So please join us this Saturday for our Born Sake Tasting. Meet the President of Born, Mr. Atsuhide Kato and try some of his delicious premium sake. See you then! 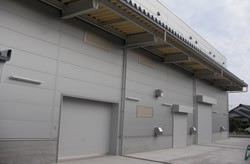 Katoukichibee Shouten (Born) was founded in 1860 and is located in Sabae city in Fukui Prefecture.

Sabae city first flourished as a temple town in the 13th century and then became a castle town in the 18th century. It is known as a city of traditional craftsmanship that includes lacquer ware, ceramics, and cutlery.

The branding of their sake with the name “Born” comes from it’s meaning of “purity” and “striking truth” in Sanskrit. It can also be interpreted as “future vision” and “creativity.” 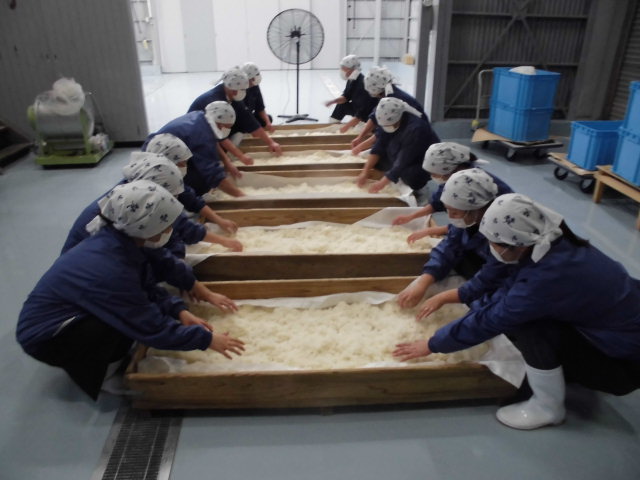 Katoukichibee Shouten only produces Junmai type sake. The water they use comes from a deep well that is fed by the nearby Hakusan Mountain range. Yamadanishiki and Gohyakumangoku rice along with their proprietary house yeast is used to make their sake.

The average milling rate of their sake rice is an incredible 38%! They also use a unique aging technique, and store their sake at below freezing temperatures for up to 5 years. 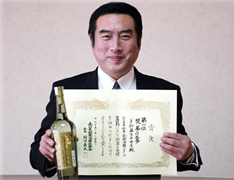 Atsuhide Kato is the 11th generation owner of Born. Over the past 20 years he has worked tirelessly to promote his Born sake not only in Japan, but especially abroad. Mr. Kato began selling his sake overseas in the 1990s and currently exports over 20 percent of his product line.

Success abroad did not come easy at first. Sake consumption has been steadily declining in Japan for years, and Mr. Kato recognized early on that he would need to expand his customer base outside of Japan to succeed.

Many people at this time believed that sake was best served with Japanese food, and so it would be difficult to sell in foreign countries where Japanese food was not readily available. Mr. Kato’s solution to this was to gain name recognition through branding and winning international contests.

When Emperor Hirohito (Showa) ascended the throne in 1926, Born sake was served at his ascension ceremony. It was selected after receiving the highest prize in a local sake competition for four consecutive years.

It was the first time that a local artisanal craft sake was selected and served for such a prestigious event. The black and white picture above is part of the enthronement ceremony. The little boy in the picture is the Grandfather of the current President Atsuhide Kato.

After the Great East Japan Earthquake and Tsunami, Born’s newest brewery and storage facility was constructed with both technology and safety in mind.

Built to withstand an 8.5 magnitude earthquake, the facility is also fireproof and purposely built three stories high. Stairs on the outside will allow for anyone nearby to be able to climb to safety in the event of disaster. 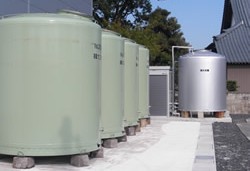 Water Tanks for Firefighting
With fire safety in mind, Born constructed new water tanks that are strategically placed around the property to allow for quick access to water in the event of a fire or other emergency. 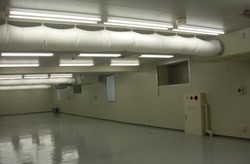 Cold Air Blowing Tubes
Blowing tubes were fabricated to more efficiently move cold air around the facility, and power saving LED lights are now used through out the new building.

Dozens of tanks have been newly installed on the first floor along with high tech cooling through out the facility.

Parking
Metered parking available on King Street, Kaheka Street & Liona Street.  Pay lot located behind our building. $2 for 1/2 hour Monday – Friday until 6pm and Saturdays until 2pm.  All other hours $2 for 5 hours (paybox).  Enter from Liona Street. Unfortunately we are unable to  validate parking.