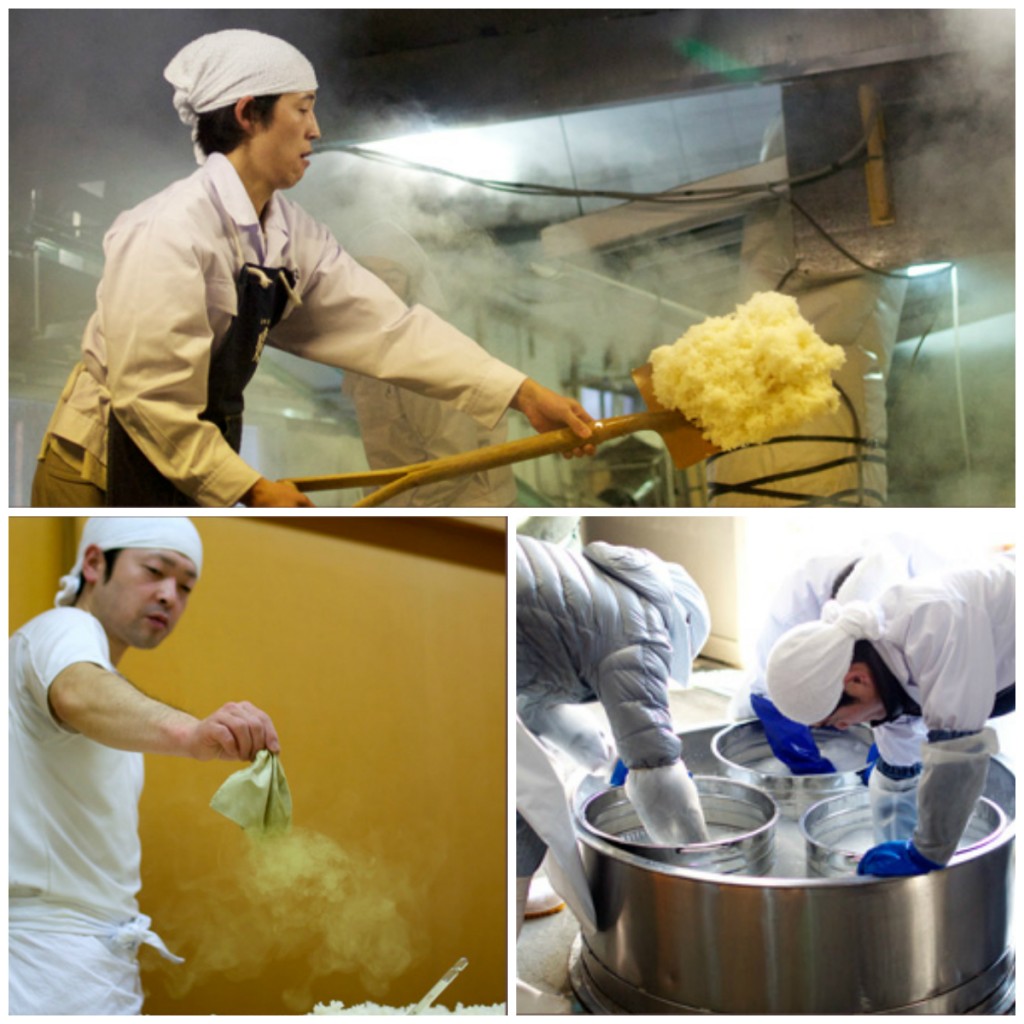 We don’t do it often, but this month we’re having two sake tastings, and on back to back weekends no less. Join us this Saturday (03/21) as we welcome Ms. Yoko Suganami fromNanbu Bijin Sake Brewery (and her husband Makoto Esaki), who will be here at the shop to pour her company’s delicious sake and answer your questions.

This will be only our second official Nanbu Bijin sake tasting and you won’t want to miss it. Nanbu Bijin is a highly regarded and award winning sake brewery, most recently winning Gold at the 2014 Japan National Sake Competition and the Tohoku Area Sake Competition in both the Ginjo and Jumnai categories.
We’ll be sampling four different sake and one umeshu (plum wine) all from Nanbu Bijin, including a unique sake that is brand new to Hawaii called Nanbu Bijin All Koji. Five tasty beverages for you to sample this Saturday, sounds like a plan to me!
Nanbu Bijin Sake Tasting!
Saturday, March 21, 2015
5:00pm to 8:00pm 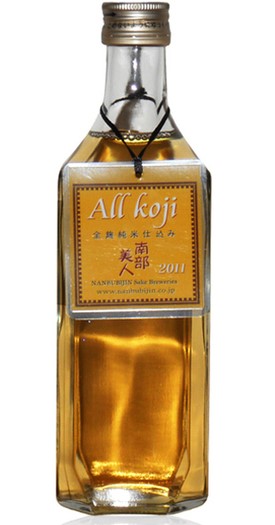 Brand new to Hawaii, this unusual sake is made using all Koji rice. (Usually, sake is made from 80% steamed sake rice and 20% Koji rice, but this sake, “All Koji” is made from 100% Koji rice.) This new and unique concept in sake making produces a very luxurious sweetness and velvety texture. Unlike traditional sake, All Koji can be enjoyed on the rocks, mixed with soda or with fresh fruits such as strawberry, peach, kiwi, and grapes. Pair this sake with rich, flavorful dishes such as cheese, butter, cream sauce, liver and desserts such as chocolate and caramel. We’re looking forward to sampling this for the first time.

Using 100% locally grown Ginotome sake rice, Nanbu Bijin Tokubetsu Junmai is produced to accentuate the flavor of rice to its fullest. Although officially branded a Junmai, it is actually milled to a Ginjo level of 55%.  By eliminating the carbon filtration and storing below 41 degrees F, Nanbu Bijin Tokubetsu Junmai retains its lively fresh aroma and clean flavor.  This sake drinks smooth with ripe fruit flavors of melon and pear.

Crafted in the legendary Nanbu brewing tradition, this sake delivers the region’s signature flavor of pure elegance that glides smoothly on the palate. Made with 100% premium Yamadanishiki rice and with crystalline spring water bubbling from directly below the brewery, this sake releases an inviting sweetened rice fragrance and a captivating rush of complex umami flavor. Enjoy before and during meals. “Shinpaku” or “White Heart”, is the starchy center core of a sake rice granule. When combined with Koji, it brews into sake. This Daiginjo sake is brewed with exclusively regional and high quality ingredients. Ginotome rice was developed originally for Iwate Prefecture and produced organically. Very elegant aroma and fresh floral like flavor. Wonderful sake for sipping or with food.

Nanbu Bijin developed and patented an umeshu (plum wine) with no added sugar. Unlike traditionally enjoyed umeshu, whose main ingredients are white liquor, sugar and ume, Nanbu Bijin’s umeshu is made only from their junmai sake and locally grown ume. It is low in calories and has a clean flavor.

So please join us this Saturday for our Nanbu Bijin Sake Tasting. Get a chance to meet Ms. Yoko Suganami and her husband Makoto Esaki, and enjoy some really tasty sake. See you then!

Nanbu Bijin Sake Brewery is located in Ninohe City in Iwate Prefecture. Formally known as Kuji Shuzo, they were founded over 100 years ago in 1902 as a sake retailer, and then began brewing sake in 1915.

The brewery is located in an area that has always been referred to as “Nanbu no Kuni.” It is surrounded by glorious natural scenery and is nestled between the Kitakami and Ou Mountains.

Nanbu Bijin is a small family run brewery that employs only seven kurabito (the people who actual brew the sake) with a total of about twenty-five workers in all.

Their name, Nanbu Bijin literally translates to “Southern Beauty”. However, the Nanbu part of their name actually comes from the traditional name of the region that they are located in.

Bijin translates to “Beautiful Woman” and refers to the delicate, light and clean nature of their sake. Nanbu Bijin strives to produce delicious sake that has the same image of their company name, a clear refreshing taste that makes people smile! It’s possible that you may have seen 5th generation owner, Kosuke Kuji before. This guy has spent a good part of his adult life promoting sake to the world. I’ve seen him on television, in the newspaper and even on Youtube, always promoting sake.

Mr. Kuji originally studied the art of sake making at the prestigious Tokyo University of Agriculture. He is well regarded in the sake industry as a strong supporter of the Tohoku region, and as an energetic and exuberant speaker about all things sake.

Besides rice, one of the most important things when making good sake is using good water. Most sake breweries do not grow their own rice, but the brewery will always be located near a good source of water.

Nanbu Bijin is a true Iwate sake. The rice they use, the workers and especially their water, are all from Iwate prefecture. In fact, when the well was found that would provide the brewery with it’s water, the brewery was literally built around the well to protect it. Ume Plums Soaking in Sake
At this Saturday’s tasting, you’ll have the opportunity to sample a very unique and original type of umeshu (plum wine) from Nanbu Bijin.
Most plum wine begins with a base of shochu. To this sugar and ume plums are added. The shochu becomes infused with the tartness of the ume, and the sugar provides sweetness to balance the flavor out.

Well, Mr. Kuji at Nanbu Bijin has developed a new way to make delicious umeshu that does NOT use any added sugar. Using a patented process involving all “koji” rice, he has been able to create a great tasting beverage with all the same wonderful sweetness that you would expect from a quality umeshu. Nanbu Bijin Umeshu is Kosher
As with more and more sake and related drinks coming out from Japan, Nanbu Bijin Umeshu has also been certified as Kosher. I believe they are the first umeshu to achieve this status. 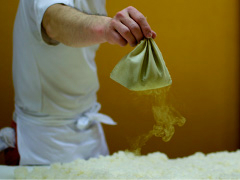 What is Koji Rice
So what exactly is this Koji rice we keep talking about and why is it so special?

Koji rice or just Koji, refers to cooked rice that has been specially prepared using a spore called Koji-kin. Remember that rice is a grain, and as such has no sugar present which is necessary to make sake.

So in order to create the sugar that is needed to make sake, Koji-kin is first sprinkled over cooked rice so that it can propagate. When it does, it creates an enzyme that turns the starch in the rice gains into sugar.

This prepared rice is now referred to as Koji rice or just Koji. Normally a smaller amount of this Koji is mixed with a larger amount of regular sake rice and water to make sake. However, Nanbu Bijin’s All Koji sake uses 100% Koji rice which results in it’s unique flavor profile and taste.

Parking
Metered parking available on King Street, Kaheka Street & Liona Street.  Pay lot located behind our building. $2 for 1/2 hour Monday – Friday until 6pm and Saturdays until 2pm.  All other hours $2 for 5 hours (paybox).  Enter from Liona Street. Unfortunately we are unable to  validate parking.